Boston (Sept 23)- Thousands of Boston-area public school families attended a fun-filled and educational back-to-school fair, September 23 sponsored by the Boston Teachers Union. Among the attractions were music and activities for students of all ages, free books and educational materials, and resources for parents from community partners. 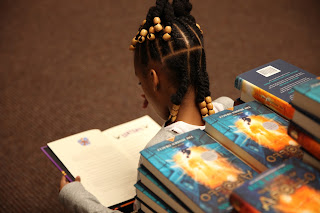 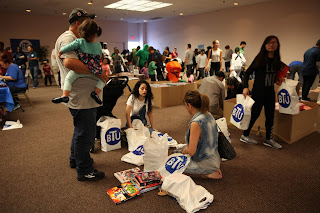 Educators in Boston Public Schools recently settled a new contract with the district that includes improvements for students and families advocated for by BTU educators. Key features of the contract included an increase to the number of school nurses, a commitment to joint labor-management work, training to ensure the best possible education experience for all students, and greater investments in “restorative practices” aimed at reducing suspensions and expulsions by providing additional social and emotional supports to students.


Meanwhile, BTU educators have been actively campaigning to protect Boston students and families from the threat to immigration protections for individuals who arrived in the country as children or as refugees. BTU leaders and educators recently united with Boston Public Schools officials to advocate for additional school funding during legislative hearings at the State House.

“This year’s back-to-school fair was an opportunity to celebrate the unity we are building among educators, families, BPS officials, city leaders and the community in advocating for the best public schools possible,” said Jessica Tang, who took office earlier this year as president of the Boston Teachers Union. Tang is the first woman of color to lead the 10,000-member local. “We have started this school year with a wonderful event that celebrates reading and literacy while also celebrating our diverse community and providing a fun, free day of activities for students and families. We hope to continue this spirit throughout the year.


The Boston Teachers Union proudly represents more than 10,000 teachers and other professionals including nurses, psychologists, guidance counselors, paraprofessionals, and substitute teachers. Together, we advocate for the interests of students, parents and education professionals throughout the Boston Public Schools. We support investment in public education to ensure a stronger future for our students and our city. As a union of educators, we are part of a movement that seeks to improve the quality of life for all working people and their children. We are united against all forms of prejudice and bigotry that would seek to devalue the lives or liberties of our students, families, or colleagues.

September 28: Friends of East Boston Greenway with the Greenway Council

5.  Kannan Thiru
Climate Ready Boston:  The Role of the Greenway in Preparing East Boston for    Flooding Due to Sea Level Rise


CALENDAR OF MEETINGS
All meetings on 4th Thurs at 6:30 PM

James Warner, 30, was sentenced by U.S. District Court Judge Nathaniel M. Gorton to 30 months in prison and three years of supervised release. In April 2017, Warner pleaded guilty to engaging in the business of dealing in firearms without a license and being a felon in possession of a firearm.

Warner, who is prohibited from buying, selling and using firearms due to a prior criminal conviction, conspired with other individuals to sell a Hungary, .380 caliber semi-automatic pistol and a Davis Industries, Model D-32 caliber derringer in the Orient Heights Housing Development in East Boston.

The case arose from a federal investigation into a network of street gangs that created alliances to traffic weapons and drugs throughout Massachusetts and generate violence against rival gang members. As a result of the investigation, 53 defendants were indicted in June 2016 on federal firearms and drug charges, including defendants who are allegedly leaders, members, and associates of the 18th Street Gang, the East Side Money Gang and the Boylston Street Gang. These gangs operated primarily in the East Boston, Boston, Chelsea, Brockton, Malden, Revere and Everett areas. During the course of the investigation, law enforcement seized cocaine, cocaine base (crack), heroin, fentanyl, and over 70 firearms.

The U.S. Attorney’s Office also acknowledges the assistance of the Suffolk and Middlesex County Sheriff Departments and the Malden, Revere and Everett Police Departments.

(East Boston, MA September 8, 2017)--Citing concern for the environment in the neighborhoods directly surrounding Logan Airport, Margaret Farmer, Candidate for Boston City Council, has called on Massport to work with the City of Boston to fund, explore, and implement a number of solutions aimed at reducing pollution and increasing the quality of life for the community surrounding Logan Airport.

“As instances asthma and COPD continue to increase in our neighborhoods it is important to measure benchmarks of the current environment. Massport needs to fund an independent source to produce a scientific, peer-reviewed environmental study to serve as a benchmark on air quality,” said Farmer. “We should know what’s going on in our environment, and this study could cover a broad range of data, such as ultra-fine particulate matter. Local community groups like AIR, Inc. have been asking for this for many years.”

Farmer also supports State Representative Adrian Madaro’s proposal for the installation of “Real Time” tracking devices around the airport and within East Boston to allow for the monitoring of noise and air pollution. “Making data like this available to the public allows for more transparency, and it’s an opportunity for others to look at the data and find innovative solutions for pollution reduction,” she added.

Another area Farmer sees an opportunity for Massport to work with the surrounding community is by funding the NOAH Tree Cover Project. This project, started by local East Boston students, aims to increase tree cover in East Boston from its current 15% to 30%, the average for the City. More trees will lead to less reflected heat and light on paved surfaces, increased water retention from rain, and more natural filtration of the air. “This is a great local initiative where Massport can look to increase trees in the neighborhood, especially since the airport runways reflect so much heat, and trees can’t be planted along them,” added Farmer.

Farmer also advocates for new technology “We are seeing exciting changes happening, in Denmark especially, where large air filters are being placed around airports to collect ultra-fine particulate matter and combat the amount of carbon monoxide in the air. As MASSPORT is planning to build a garage with 5,000 additional parking spaces in the community, this is something we should consider.”

Margaret Farmer is currently running to represent District 1 in the Boston City Council. District 1 includes East Boston, Charlestown, and the North End. You can read more about her positions on Massport and other issues at http://margaretfarmerforboston.org

Candidate Farmer: Last day to register to vote for September 26 is Wednesday, September 6

This just in from the Farmer campaign:

“Elections work best when more people participate,” says Margaret Farmer, Candidate for Boston City Council, District 1. “I encourage everyone who can to take the time to vote in this important primary.”

Farmer will be hosting an event for supporters on the evening of September 6, to thank everyone who has contributed to her campaign. For information about the event, please email contact@margaretfarmer.org.

Margaret Farmer is one of three candidates currently running to represent District 1 in the Boston City Council. District 1 includes East Boston, Charlestown, and the North End. You can read more about her candidacy and position on issues at her website http://www.margaretfarmer.org.